UT Consulting oversaw the audio visual design, documentation, and coordination of systems across the entire complex. For RMIT, the focus was on creating a positive student living environment that nurtured learning, socialisation and connectivity. Our team designed the audio visual systems with these values in mind, providing technology solutions that enhance students’ quality of life and promotes participation in campus life. 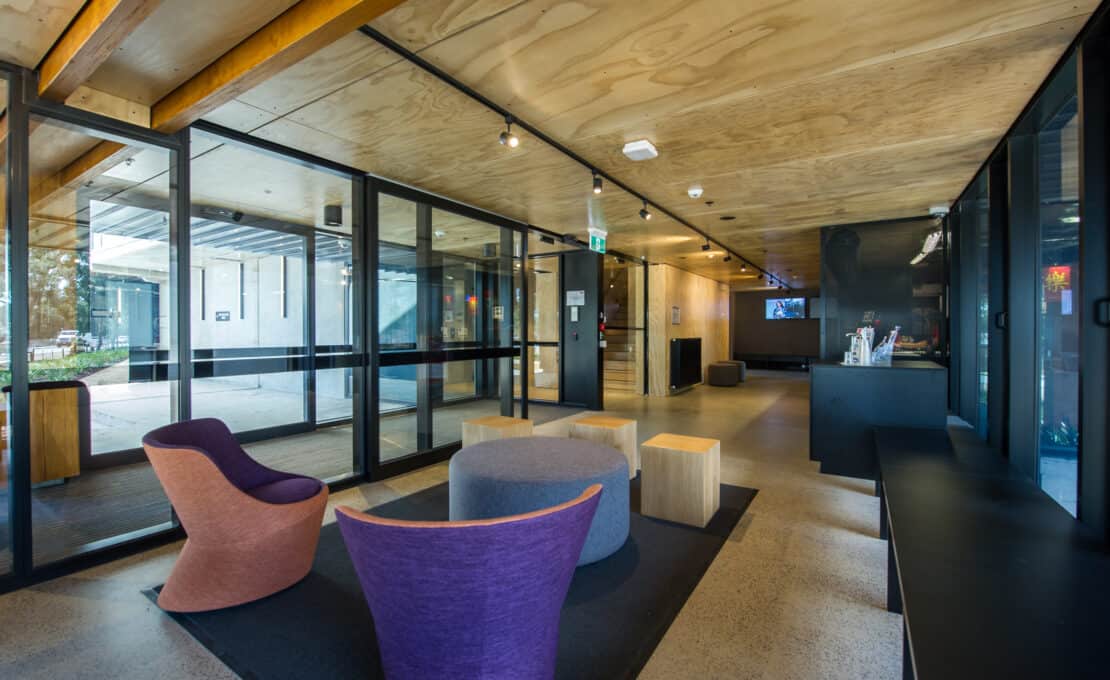 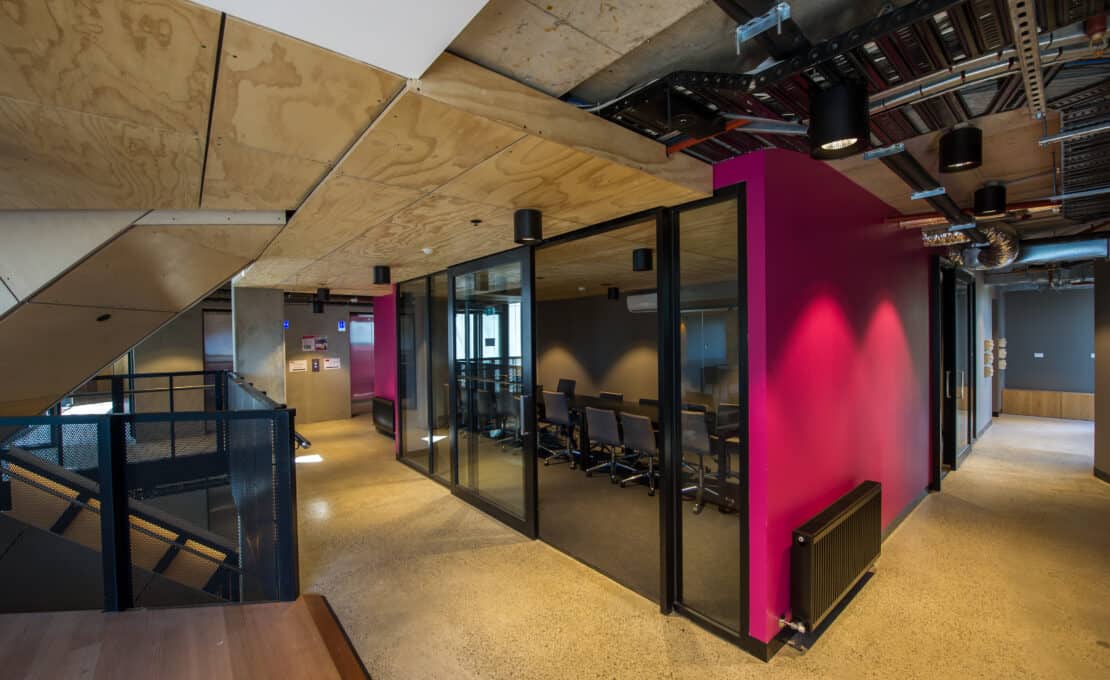 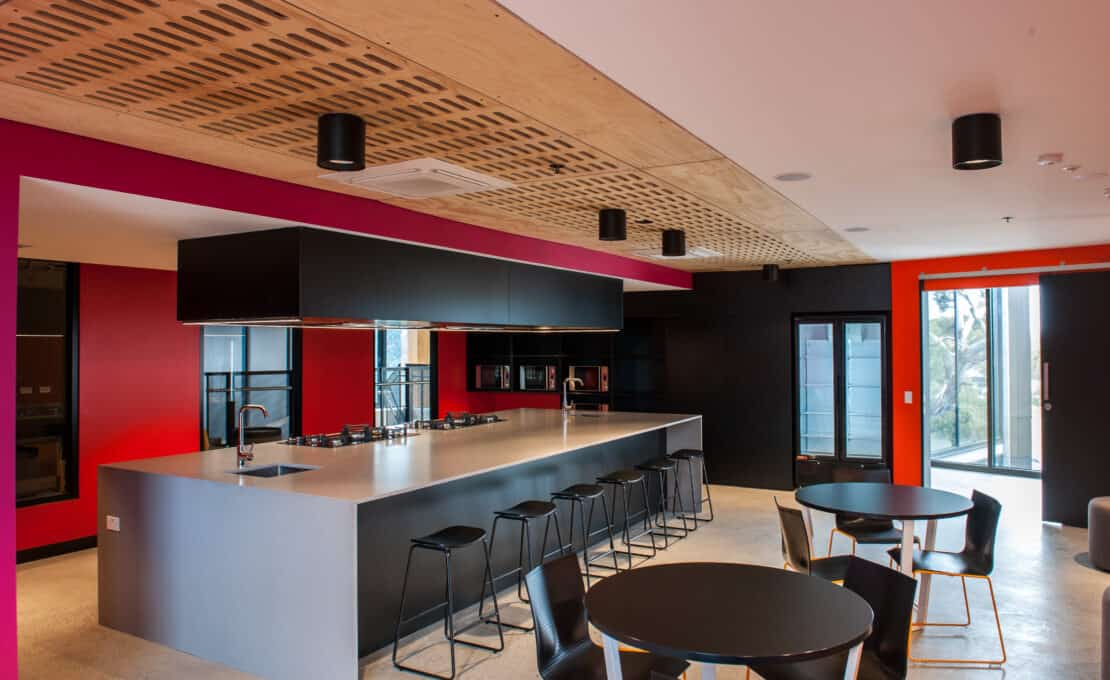 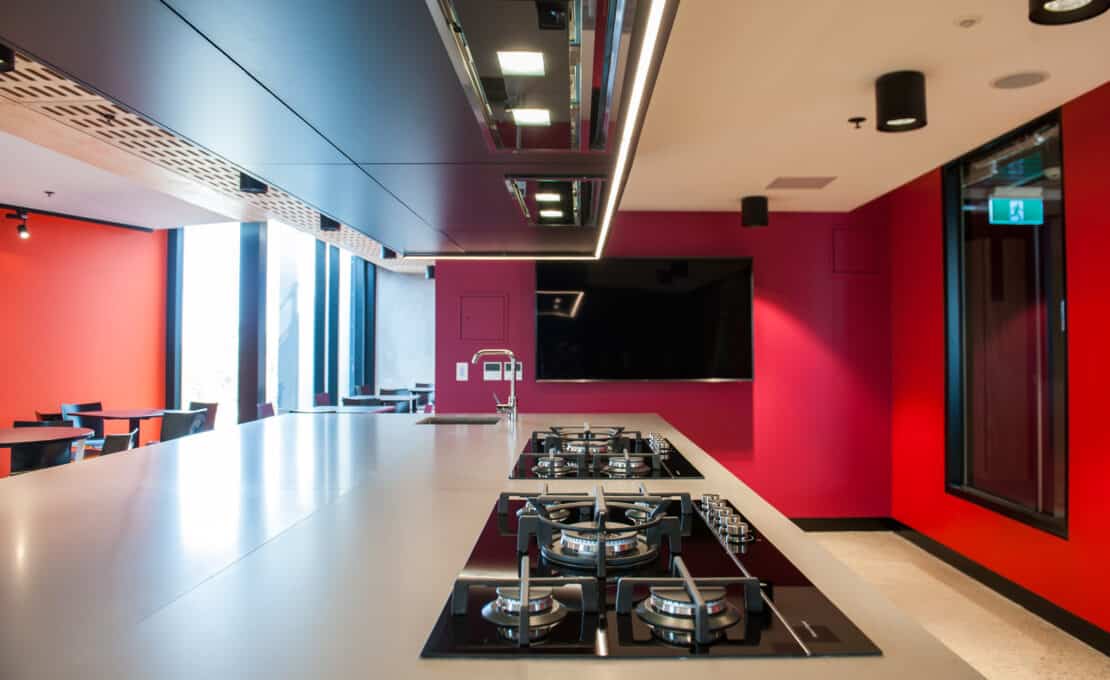 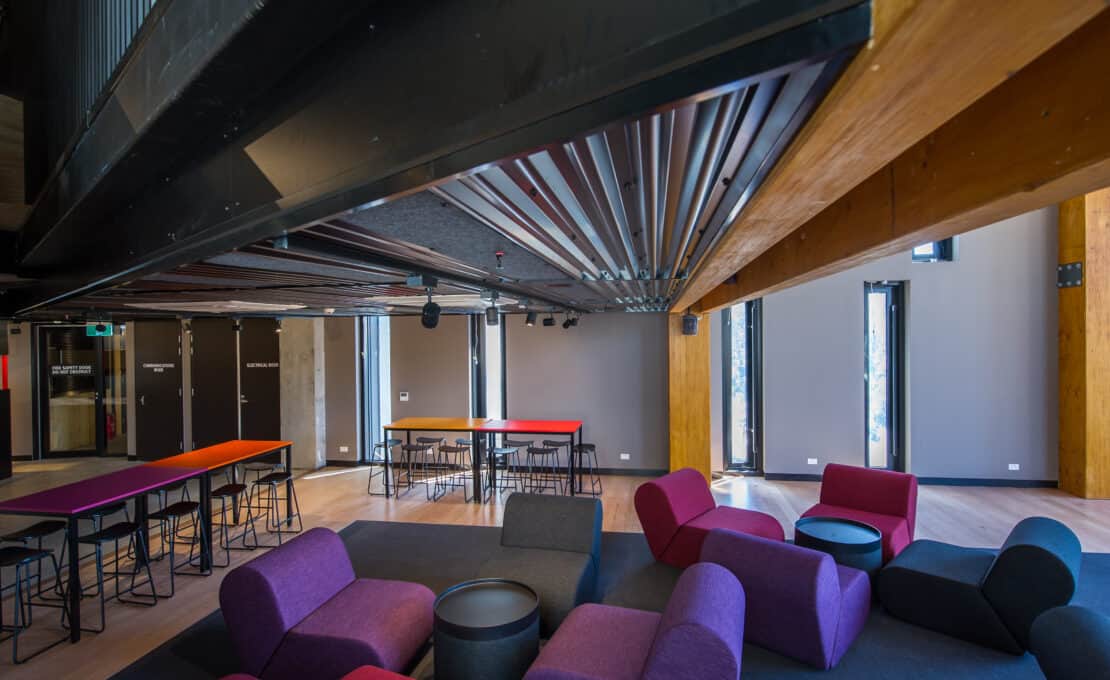 The Bundoora West Student Accommodation project was an opportunity for UT Consulting to demonstrate the versatility of our AV design applications. The building required a flexible system capable of serving both educational and domestic purposes. We created an environment of technology integration that would inspire and engage students with their studies while also enriching their social lives. Since its opening, the Bundoora West Student Accommodation’s facilities have received praise from residents, and the building has achieved a 5 Green Star design rating.

Located on the first floor is the Village Hall, which serves as the heart of the building and features the bulk of communal areas such as the Common Space, Discursive Room and Kitchen. Intended for student events and informal gatherings, the Common Space is a triple-height function space, and features a 180” recessed motorised projection screen and 5.1 channel surround sound, with the ability to connect laptops, personal music players and microphones into the system. A Blu-ray player and an IPTV set top box were provided to allow the space to be used as a theatre for movie nights and other resident functions.

Upstairs, on the second floor, is The Den, a dedicated area for digital gaming. Each Gaming Pod within The Den features large flat panel displays, with 5.1 channel surround sound for an enhanced, immersive gaming experience. Users can also choose to connect their gaming headsets via headphone connection points around each pod. The pods are also connected to the site’s IPTV system, so small groups can watch their favourite shows with high quality video and surround sound.

The accommodation complex further boasts an IP-based TV distribution system, allowing free to air TV, satellite TV from around the Asian region, radio and digital signage content to be broadcast throughout the facility via the network. The system can potentially be expanded in the future to include internal channels and Pay TV, and could also service the campus and University more broadly.

The bedrooms are all connected to the facility’s IPTV system. Smaller rooms feature integrated set top boxes to allow students to bring their own TV and connect into the system, whilst the quad-occupancy rooms are provided with large format hospitality displays in the lounge area to watch TV, and utilise common SmartTV functions. 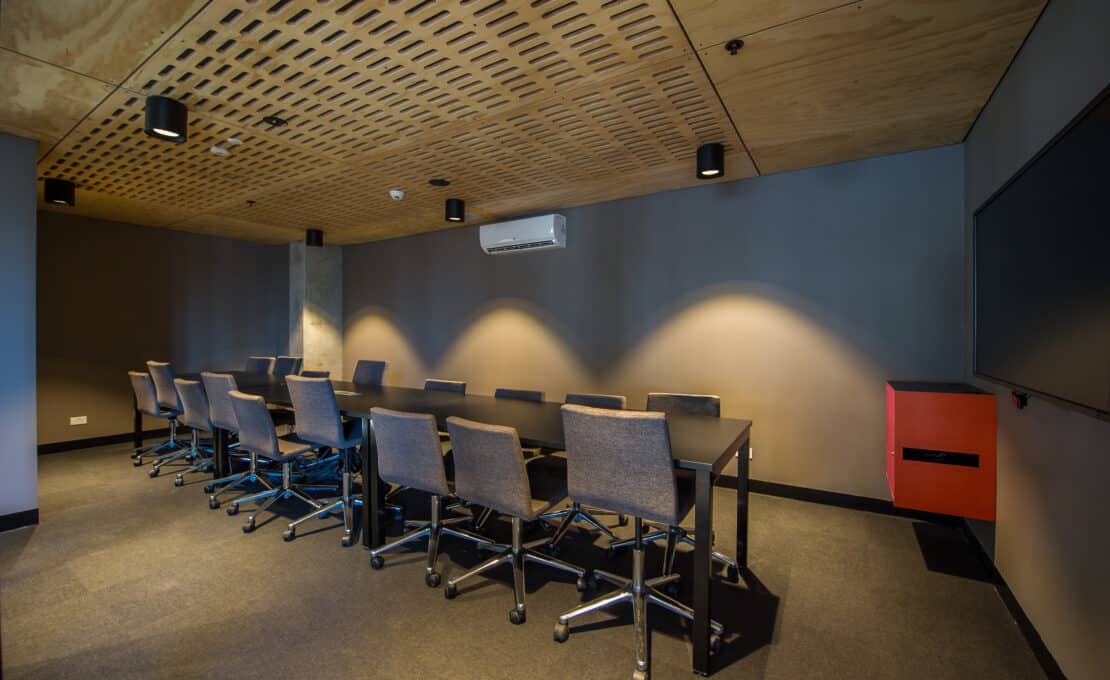 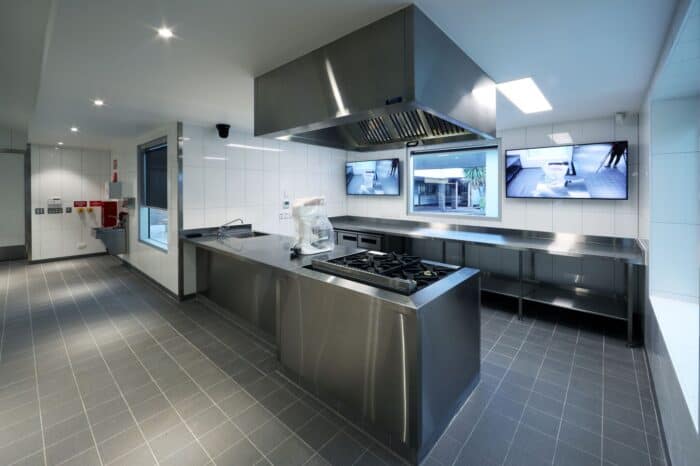 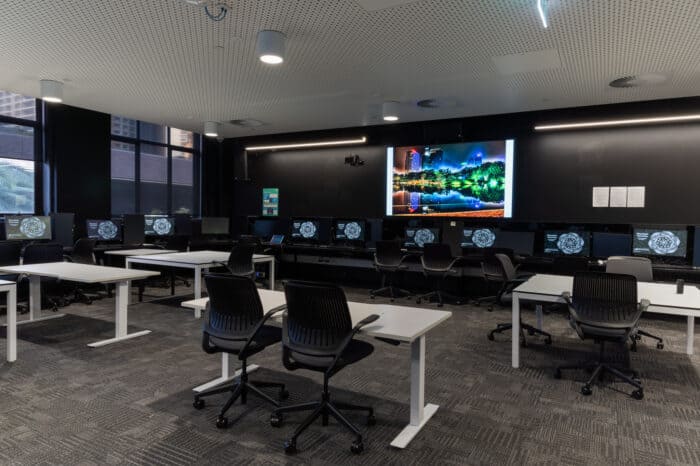 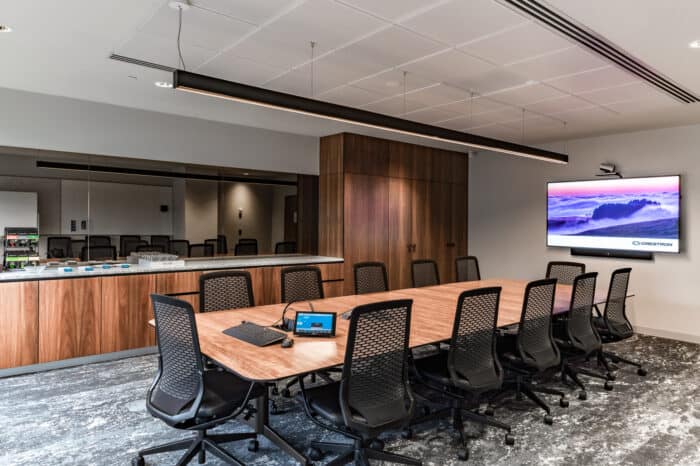